“Rise” commemorates the trade union movement which was represented on the site in the form of the offices of the TGWU.

It takes a verse from Percy Shelley’s Mask of Anarchy which was written in response to the Peterloo Massacre and although written at a time before organised trade unions the phrase encapsulates the spirit of the trade union movement. The cut out letter contain images of protest throughout history.

“Rise Like Lions after slumber
in unvanquishable number,
Shake your chains to earth like due
Which in sleep had fallen on you.
Ye are many, They are Few” 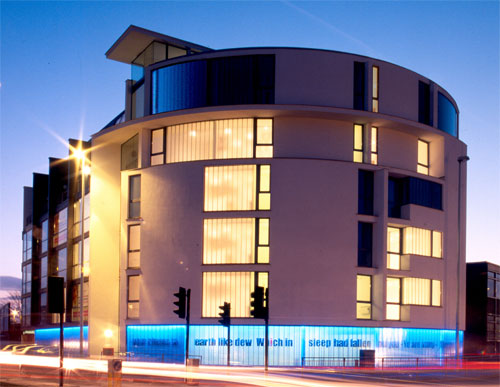 The piece is illuminated by an LED colour change system, illustrated below.